Burying radioactive waste near Creighton is a notion fraught with danger, cautions a leading anti-nuclear activist. 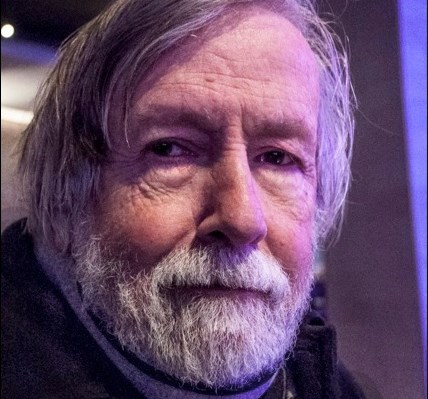 “Things happen that you did not anticipate, and if this happens in a serious way with these high-level nuclear wastes, you have a very serious contamination problem on your hands,” said Edwards, a Montreal-based mathematician.

In a phone interview, Edwards, 74, said he is most worried about two long-term possibilities: environmental contamination and the reprocessing of the waste to extract plutonium.

“After, let’s say, the first 1,000 years, the main danger is not external radiation…it’s a question of leakage into the water system, leakage into the groundwater, into the surface waters and ultimately into the food chain,” he said.

Edwards said that over a long period of time – exactly how long is debatable – the metal containers in which the waste is stored will disintegrate.

“Nobody has studied these materials over these long periods of time – 5,000 years is a drop in the bucket,” he said. “If you’re talking about 100,000 years, look…at the state of the pyramids and ask yourself, ‘These things are only 5,000 years old. Are they in great shape?’ No. Things deteriorate.”

Once the containers disintegrate, Edwards said, the spent nuclear fuel rods inside will “ultimately crumble – and when things crumble, they get into the groundwater and they get transported.”

Edwards said history of full of examples in which toxic materials have been disposed of through burial only to “come back to plague future generations.”

He mentioned the famous case of Love Canal, a neighbourhood in the US built atop a toxic waste burial site. The waste was linked to health problems and the government paid to relocate hundreds of families.

Edwards further referenced Sarnia, Ontario, where toxic chemicals were injected deep into the earth only to resurface in the St. Clair River as “toxic blobs.”

And after the First World War, he said, poison-gas canisters were dumped into the Black Sea but came “bubbling back up to the surface” as harmful contaminants decades later.

“In other words, there’s no examples of how we’ve [disposed of hazardous materials] in the past,” Edwards said.

What also concerns him is the possibility of the nuclear waste, once moved to a central location, being reprocessed to extract plutonium for sale or for further generation of electricity.

Reprocessing would yield a “high-level radioactive liquid waste” that is “far more dangerous because it’s much more mobile in the environment,” Edwards said.

He said countries such as the United Kingdom, India, Russia and France have invested in reprocessing because they know there is a finite supply of uranium, the element that is enriched to produce nuclear power.

“The fact of the matter is, if they want to keep the nuclear industry going, they’re probably going to have to use plutonium as a fuel in the future,” Edwards said of Canada’s nuclear power industry.

He agreed there is currently no rationale to reprocess nuclear waste, but said the waste storage project is still decades away from completion.

Canada’s Nuclear Waste Management Organization (NWMO) is in the early stages of determining where to locate an underground repository to store the nation’s exhausted – but still radioactive – nuclear fuel rods.

One possibility is a site just outside Creighton, but NWMO has said that will only happen if area residents and First Nations are supportive. Two First Nations have indicated their opposition, as have many residents.

NWMO and its scientists and engineers have vigourously defended the safety of the repository concept, citing internal and external research.

As for the suggestion that plutonium will be extracted from the waste, NWMO communications manager Mike Krizanc has said his organization will not make any decisions around reprocessing, as it is only mandated to deal with nuclear waste.

NWMO must “play the cards we’re dealt,” he said at a public meeting earlier this year, and as unlikely as reprocessing is, it would create nuclear waste.

The organization must therefore “keep a watching brief on all potential scenarios,” said Krizanc.

If burying the waste in a repository is not the long-term solution, then what is? Edwards said that ideally, the radioactive rods would be neutralized, but science hasn’t determined how to do that just yet.

That being the case, he believes it is best to keep the waste where it is – above ground and monitored.

Creighton’s Community Liaison Committee, which forms a bridge between the public and NWMO, has decided to invite Edwards to speak at a future meeting.

This has been shared 0 times

Is Flin Flon's local news important to you?

If it is, we could use your help. Consider a small monthly contribution to support your local journalists. Click here to learn more.